How To Cameron Highlands Beautiful Place You Should Know 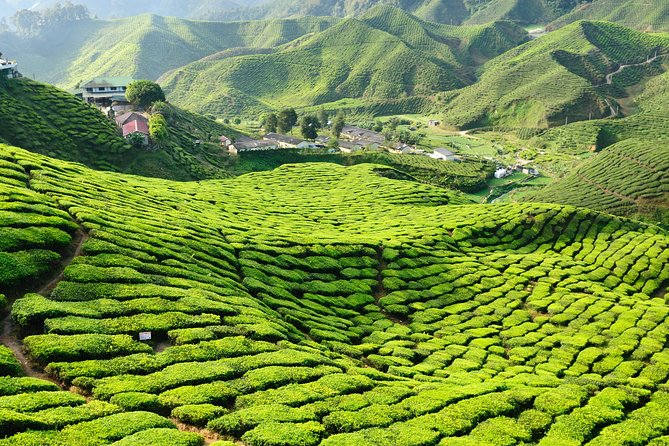 The Cameron Highlands weren’t originally on the plan (not that I really have one of those) but after hearing so many fellow travelers boasting about their beauty and guide books claiming temperatures drop below 30 degrees (86 F, another sign I’ve been on the road a while, I now talk in Celsius and Kilometers) we decided to cut a day out of Kuala Lumpur and head east.

The four hour journey through winding uphill roads concluded amongst rainforest, strawberry farms, and tea plantations. I totally got what all the hype was about. Generally speaking, touristy areas aren’t mixed in with vast acres of agriculture, but in the highlands the green farmed sloping hills set amongst fog banks and the cool crisp air somehow managed to make it a bit of a romantic setting. The closest thing I can think of to describe it is a ski resort town, without the freezing temperatures and ski lifts.

With only a short time to spend here, we wasted no time in exploring. Our first full day commenced with a visit to a tea plantation followed by a hike through the rainforest. Our guide was filled with more anecdotal stories than I can remember which included his desires to burn down the Starbucks since the only thing it was good for was fast wifi and comfy couches, as well as the crazy American woman that ripped off the sticker on his car that said, “Lets ditch the bitch, and go fishing”. He also explained that in Malaysia you get a sticker for your car that says, McDonalds VIP, KFC CEO (Chicken Enjoyment Officer), or Starbucks VIP, if you spend a $100+ at the respective store, because as he put it “that’s just such a fucking accomplishment that I want the whole world to know.”

The tour concluded and we had enough stories and useless information in our heads to last a lifetime, but we decided to end with our own little jungle hike back to the guesthouse. Five of us set out and within twenty minutes, Mother Nature decided to release her inner demons and pour buckets of rain on us. I’m not talking annoying Seattle drizzle, I’m talking waterfalls forming down the path as we slogged our way through. It’s one of those times, where two things come to mind, “Where the hell are we” and “get me the hell out of here”, which basically means that it’s a story you’ll have for the rest of your life. Two hours later and we found the road again, we had about 3K left to go and the thunder and lightning were setting in. We walked home, excited to be on solid ground again when I decided hitchhiking was our best option. Since, I figured no one in their right mind would pick up five sopping wet girls, I knew a pickup truck would be our best option, and low and behold, within five minutes I found our lucky guy. He laughed as we crawled in the back of his pickup, only to have the rain pelt us all the way back, but we made it! Just in time to get warm showers, and catch the bus to Kuala Lumpur.