How To Find out all about whistleblowing 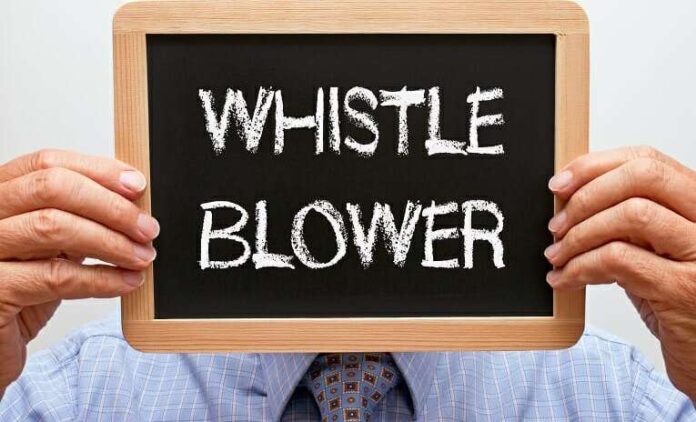 For my first article here, I decided to write about whistleblower. By its definition whistleblowing is disclosure of confidential but unethical actions in a company . This is interesting topic for everyone who work in companies, because there is always a possibility of discovering something unethical.

The most important role in this process has a person called whistleblower. That is a person who decides to disclose information about malpractice in the company or in other words to “blow a whistle”. In this case we often talk about disclosing different criminal acts, corruption, breaking of laws, endangerment of health and safety of people. He usually hasn’t got a power and authority to make changes, so he has to turn to somebody else for help.

Whistleblower is exposed to many dilemmas when dealing with these difficult situations. He is deciding between loyalty to his company and responsibility towards society that a company is hurting.
When a person discovers that something suspicious is going on in his company he has 3 choices:

First option usually seems the most attractive one, because people don’t want to get exposed and suffer probable consequences of disclosure. Employers and employees often don’t react to disclosures as whistleblower might want and many times they turn on him with countermeasures from management. Disclosure changes relationships between people involved and also within a company. They try to undermine his credibility by using tactics as:

As a result of such countermeasures, whistleblowers often suffers from serious emotional trouble as depressions, reduced health, finance, marital and other problems. That is why people must be very cautious and tactical if they decide to speak out about suspicious actions.
Companies should introduce whistleblowing programs with focus on a clear communication, formal mechanisms and with support of management.

On the internet there are many sites that advise people how to effectively disclose unethical behavior, but they also warn about risks and advise to be cautious. Usually its recommended to resolve matters firstly within company and only if that doesn’t work turn to outside sources. Potential whistleblower should get acquainted with rules and procedures, keep arguments on a professional level, keep discussion on the lowest possible level of management, collect documents, evidence and write minutes, he must be prepared to compromise and has to find support network. He should also learn from experience of other whistleblowers.

Even though sometimes whistleblowers are still seen as traitors, perception on this matter has changed a lot over time. Today they are much more protected by laws and often perceived as heroes who were willing to risk their security for good of the society.
In normal circumstances company has a right to expect loyalty of the employees, but on the other hand employees and society also have a right to expect ethical and legal behavior of the company! Off course not all whistleblowers have good intentions, so every complaint should be reviewed very carefully.

At the end I would like to present one of the most famous cases of whistleblowing. That is the case of dr. Jeffrey Wigand, who disclosed dirty secrets of tobacco industry in the 90s. He suffered severe consequences about which he also talks in next video. After his experience movie “The insider” was filmed.