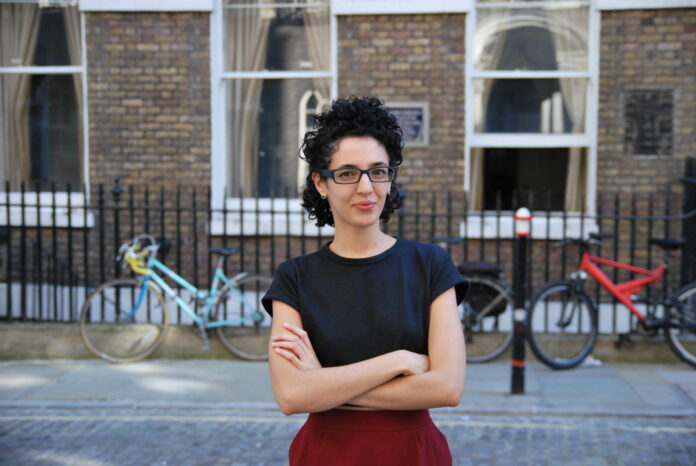 London, UK – Lingerie company Neon Moon announces the launch of a fundraising campaign on Kickstarter to raise money to produce a debut collection that will revolutionize an industry known for objectifying women.

Neon Moon Founder, Hayat Rachis, found it difficult to find a lingerie brand that shared the same ethos as herself: empowerment, body-confidence and the non-objectification of women. So instead of succumbing to the lingerie on the market, she used her frustration to start her own brand Neon Moon with the support of The Prince’s Trust.

Neon Moon aims to bring change to the lingerie industry by using modest designs and unconventional models to fight against the negative perceptions of body image in young women, and discourage objectification and the sexualization’s of women. The debut collection, “Mon Dieu”, offers nonconformist, colorful yet comfortable, lingerie with names like coocoo, buff, tac-tac and non. The money raised on the highly anticipated Kickstarter campaign, will be used to create the first lingerie line that will have unique features such as soft cup bras and knickers, a revolutionary move which will redefine the way women view their bodies.

“We want to shock the lingerie industry and work with the people who reflect what women’s bodies really look like. Girls should not have to question why they look a certain way or feel that they have to conform to society’s pressures. It’s important for girls to not compare themselves to unachievable standards of ‘beauty’. Rather, they need to reclaim the right to their bodies and decide how it should look for them and not for others,” says Neon Moon Founder, Hayat Rachis.

Rachis, who got fed up of seeing women define their success by how much attention they received from the male gaze, wants girls and young women to reject the view that they have to be one size, one color, or one look in the lingerie industry. With this new collection, Neon Moon is taking a bold step to help boost self-esteem in girls and women by going against societal norms and showing its commitment to embracing all body shapes and sizes including models with cellulite, stretch marks, acne and body hair in unretouched photos.

Neon Moon aims to raise £5000 on Kickstarter. Neon Moon was set up with help from the charity The Prince’s Trust. The company seeks to be the voice of feminists who are looking to define success in their own way. Neon Moon makes it its mission to feature models of all sizes in unretouched photos. Neon Moon is a London based brand who prides itself on being Made in Britain. #NeonMoonGirl is used for all those who support the mission and brands lingerie. Lingerie will initially be provided in Small, Medium and Large sizing. Shipping around the world.