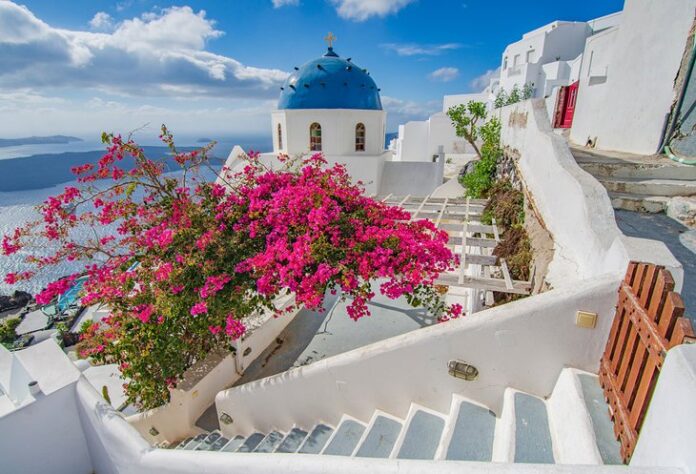 This Valentine’s Day why not mix romance with a little culture? Here top travel experiences website Worldreviewer.com presents ten locations that have inspired some of the world’s great works of art.

Stylish and above all sensual, it’s no surprise that Paris has topped every list ever compiled for romantic cities. Here loved up culture vultures are spoilt for choice, whether it’s the Goddess of Love herself – The Venus de Milo – showing off her considerable charms in The Louvre or the mother of all embraces – Rodin’s The Kiss – at The Rodin Museum. Cinephiles meanwhile may prefer to follow in Amélie’s footsteps and head for the Canal St Martin, the Café des Deux Moulins or the Place St Pierre near the Scare-Coeur, Basilica.

Rome is a city of romance but also of romantics. Just ask Gregory Peck and Audrey Hepburn, stars of the charming Roman Holiday. Follow suit by scootering through Piazza Venezia, partying on board a boat by Castel Sant’Angelo and chancing your arm in the “Mouth of Truth”, the city’s legendary lie-detector for doubting lovers. Don’t however be tempted to recreate the legendary ‘Come in, Marcello!’ scene from the Fellini classic La Dolce Vita – there’s a hefty fine for anyone attempting to cool down in the Trevin Fountain!

No list of great romantic locations could fail to include Tiffany’s on 57th Street. The jewellery store may be grand and a little intimidating, but if the charmingly disorganized Holly Golightly – heroine of Truman Capote’s Breakfast at Tiffany’s (later to be immortalized on film by the iconic Audrey Hepburn) – can find peace and solace here, can’t we all? Those with a head for heights should also hot foot it up to the 86th floor of the Empire State Building where Cary Grant waited in vain for Deborah Kerr in An Affair to Remember and Tom Hanks and Meg Ryan had their fateful meeting in Sleepless in Seattle.

Verona may have been Romeo and Juliet’s hometown but modern day lovebirds are guaranteed a less tumultuous stay in this northern Italian city. Recite “What light through yonder window breaks?” as you gaze up at the balcony of Juliet’s House, the Casa di Julietta, or dine at the charming Osteria Dal Ducal, allegedly the former home of her equally ill-fated beau.

Smaller and more intimate than Rome, Florence has it all: unparalleled art treasures, superb architecture and sunsets over the River Arno. One person whose hotel famously didn’t live up to its promise was Lucy Honeychurch, heroine of E M Forster’s classic romantic comedy, Room with a View. In James Ivory’s acclaimed film adaptation, Lucy’s room without a view was in the Pensioned Bardolino which closed in the 1990s to be renovated and reopened as the Hotel deli Oribi. As if that wasn’t enough, this glorious city – or the Uffizi Gallery to be exact – also lays claim to one of the most romantic paintings of all time – Sandro Botticelli´s Birth of Venus.

According to a recent poll of authors of today’s literary love stories, Jane Austen’s Pride and Prejudice is the most romantic novel of all time. Transplanted to Bath when she was a little girl, the town influenced Austen’s writing and found its way into the backdrop of two of her novels. Take your own Mr. Darcy (or Elizabeth Bennet) for a day trip or weekend break to this most historical of places and visit the houses where she lived and the settings for both Northanger Abbey and Persuasion.

With its elegant palaces, magnificent churches and cobblestones lanes, Vienna resonates with music and, of course, romance. If the schmaltz of the waltz leaves you cold, head instead for the Österreichische Galerie Belvedere and enjoy one of the world’s most famous smooches. The climax of Gustav Klimt’s “Golden Period”, The Kiss portrays two lovers disappearing into a swirl of patterns. Many see this as a metaphor for that feeling of melting away in a moment of high passion.

The Valley of the Loire is the essence of romantic France. It Is here, located beside the dark and slightly intimidating forest of Chignon (which adds to the fairy tale effect), that you will find the staggeringly beautiful Château douse which inspired Charles Perrault to pen his 17th century classic, Sleeping Beauty. Complete with blue-slate roofs, dormer windows, delicate towers and Gothic turrets, this is a place where you and your beloved could definitely live happily ever after.

In 1865 Richard D Blackmore stayed at The Rising Sun, a 14th Century smuggler’s inn overlooking Lynmouth Bay, while researching characters and locations for his book, Lorna Done. While no place called Done Valley existed then, the area around Lank Coombe has since pretty much adopted the title. And if that fails to leave you dewy eyed, a small cottage adjacent to the inn is where the great Romantic poet Percy Bysshe Shelley and his 16-year-old bride Harriet allegedly spent their honeymoon in 1812.

Between them Charlotte, Emily and Anne Brontë were responsible for some of the most beloved romantic literature of all time. Put a spring in your step and some colour in your cheeks by spending a bracing weekend in Yorkshire on the trail of what inspired these talented siblings. Make sure your itinerary includes visits to Ponden Hall near Haworth (“Thrushcross Grange” in Wuthering Heights) and Wycoller, believed to be the location for Fern dean Manor in Jane Eyre).