What Is Capability Maturity Model (CMM) You Should Know 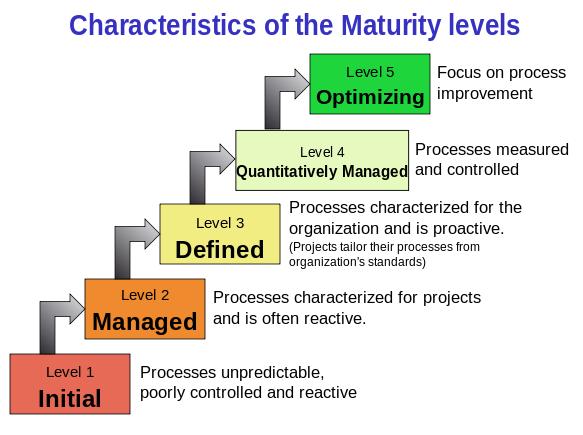 It is a service mark which is owned by Camogie Mellon University (CMU). It refers to the development mode they developed on the basis of the actual collected data. This data was initially collected from the organizations that contracted with the U.S. Department of Defense. These organizations funded the research and they became the foundation from which the CMU created Software Engineering Institute (SEI) in 1948, a research and development institute which was sponsored by the U.S. Department of Defense (Dodd). The CMM is similar to the ISO 9001, one of the standards defined by the International Organization for Standardizations (ISO).

This CMM model is now used for developing and refining the software development process of an organization. This model is actually based on observations rather than on theory. The application of this CMM model to the development process of the software of any organization provides with an effective approach toward improving them. So, it is basically an abstraction of the existing system.

The initial level consists of the disorganized processes. Here success depends on the individual efforts and they are not considered to be repeatable because initially, the whole process is not defined properly or not even documented.
The next level is the repeatable level. Here, the basic project management techniques are established and even the success can repeat over here. It is so because the requisite processes might have been developed, documented and established.
At defined level, an organization has its own predefined standards for the software development through great attention to documentation, integration and standardization.
At the managed level, an organization controls its own processes.
The last is optimization level at which the processes of a firm changes constantly for the improved development of the software through feedbacks.