What To Do Airlie Beach Bound You Should Know 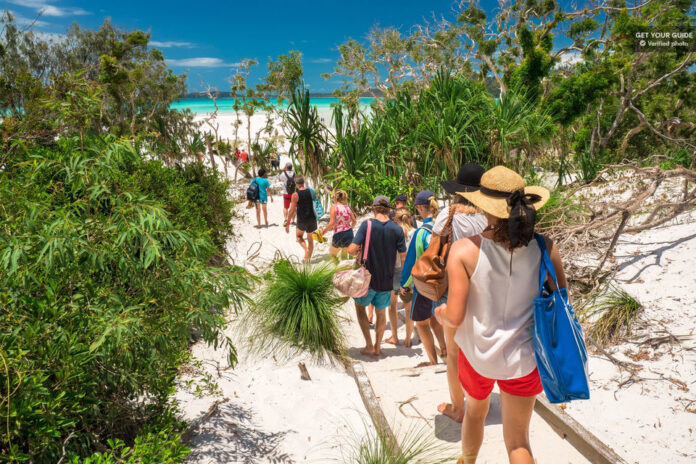 With a nine hour drive ahead of us, Hana decided it was in our best interest to start the day at first light, or what some may call the middle of the night, 4:30 AM. The five of us were off in Godzilla, Hana driving, and the rest of us in some state of comatose.

We made it to Rockhampton by 10am, and thought since its known for cows, we couldn’t leave town without having a steak breakfast. Unfortunately, local restaurants thought otherwise, so after searching town for some brekky, we ended up at a $10 all you can eat buffet, instant coffee included. Fully fueled, we were back on the road, arriving in Airlie Beach by 430pm. Somehow that 9 hour drive became 12, but so it goes with road trips.

The adventure wasn’t over. Rich had developed a nasty infection on his leg, and while he had some antibiotics from the pharmacy, it was clearly time to head to the doctor. In this case, that meant heading to the hospital as the local doctor was full until the morning and the boils on his leg had manifested themselves into something that probably should not go unattended for another 14 hours.

While Rich admitted himself into the hospital, we girls decided that we might as well get the night started with a few parking lot beers. Just as Charlie locked the door and slammed it shut, we realized that the keys were still conveniently located inside the vehicle. Thankfully, we had all the essentials outside of the car, namely beer. After trying our luck at breaking into the car, without actually smashing a window, we came to the conclusion that we would be joining the RACQ (Australia’s version of AAA) and calling out the local handyman to help us get the keys back.

Just as Rich walked out a new man, with enough bandages on his leg to constitute a shark bite, the local RACQ man drove up. The look on the face of the RACQ man was priceless, as we looked like the stereotypical group of backpacker girls, utterly confused and with enough empty beers to look as though we had been at the bar all evening. Hospital bars should probably be my next business, after all most people waiting for someone in the hospital could probably use a drink or two to calm their nerves. Nevertheless, after handing over a 6-pack, we were the best thing that could have happened to this man. After getting the key back and having a photo shoot with our RACQ man, we headed back to town.

Charlie, Danni and I figured we might as well have a night out on the town, but after heading out we realized that Arlie Beach on a Monday night, might not be the most happening of nights. A few jugs at Magnums, a few creepy Aussie guys and we were ready to call it a night. After all we had a 7am wake up call to board our boat and head out sailing on the Whitsundays, the true reason we had come to Arlie Beach.

A 4:30 AM wake up call, 12 hours of driving, a hospital visit, and a night out on the town, all in a day’s work, road trips are exactly what you make of them.