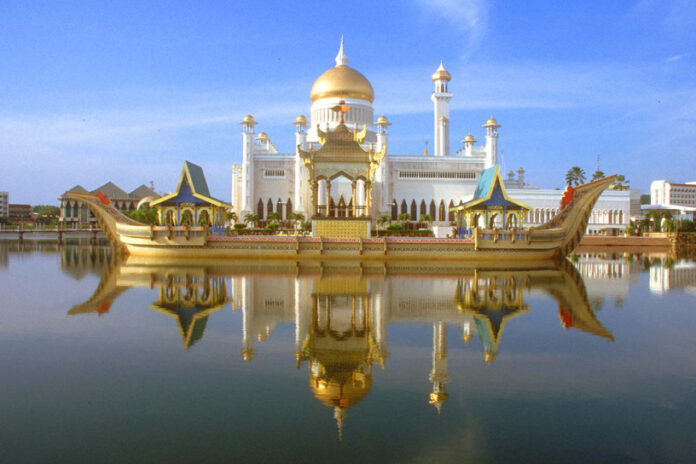 With less than 72 hours in Brunei, I had no problem coming up with a WTF list for this country. It’s also probably good that I am no longer in the country as I probably would have left without a hand for writing this list.

No Alcohol – I swear as soon as they say you’re not allowed the more you want it. I’ve never wanted an icy cold beer more in my life than in this country. Tourists can’t even buy the stuff, the closest they have to a bar is a hotel bar where you supply your own liquor and they provide mixers… WTF

No Smoking – I’m not even a smoker, but I hate being told I can’t do something, but this too is banned.

still trying to figure out what I can do

Everything is closed Fridays from 12-2pm for afternoon prayer. Doesn’t even matter if your Muslim, you will not being doing anything during this time.

Women must be fully clothed – I don’t mind covering up, but when it’s 100+F it gets a bit warm to say the least… especially when the men can wear whatever they want.IMG_3061

Stoning for adultery, rape, homosexuals – really? I don’t endorse rape by any means, but this is just effed up

Ghost Town – for being a capital city, I have never been somewhere so empty

Trying to become Saudi Arabia – I don’t even know where to begin on this one. The more oppressed the better is the current logic.

Men are way too friendly and the women don’t say a word – I’m pretty sure by the gist of everything else, you can see where this one comes from.

Stark contrast between rich and poor – your family is either involved in the oil business or its not, and I haven’t seen a country where it’s more prominently displayed (but I also haven’t been to the Middle East).

No dogs only cats – seriously, I didn’t see a single dog, but cats seemed to rule the town

The city itself is immaculate – but the nature surrounding it, including the river just seemed destroyed.

Everyone is friends with Obama – apparently Bruneians and Malays have this one in common. I wonder if Obama knows how many friends he has over here.