Byron Bay Beaches in Australia : The Beach Of Dream 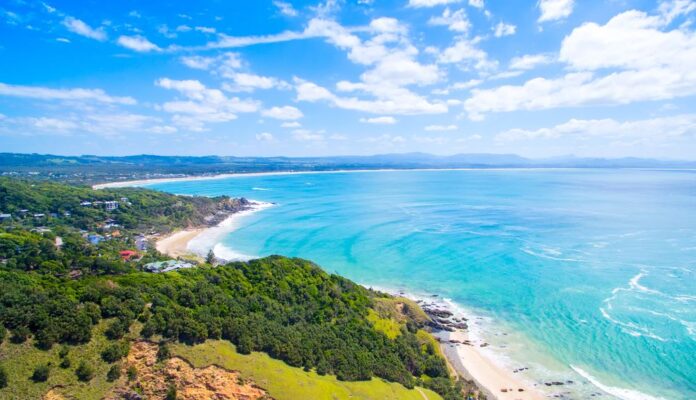 Byron Bay is pretty much the Promised Land of Australia (or at least for me). A surfer’s paradise coupled with buskers on their way to the Grammys, it combined my love for the ocean with melodies so good, I actually bought the artists’ CDs (and who buys cuds anymore…). So needless to say, after being there for three days, when the hostel cleaning position opened, I quickly jumped on board, committing at least two more weeks of my journey to this much needed haven.

Sophia from Sweden and I became the dream team cleaning crew, dedicating two hours of our morning to making the hostel dorms spotless. With scrubber brushes in hand we tackled the bathrooms, vacuumed like ghost busters, and became vultures of anything left behind, picking up free clothing, food and spare change. To think just 6 months ago, I was working in Corporate America, dedicating hours on end to perfecting spreadsheets, and now my main duty is to make sure there isn’t mold in the shower tiles, I guess you could say times have changed (for the better I think).

At last, I could finally unpack my bags, knowing I would be staying longer than the 3 or 4 nights. After traveling for nearly 6 months, to fold my clothes and put them on a shelf was a dream come true. The ability to do laundry as I pleased was pretty much the equivalent of opening Christmas presents every week. I never knew I was a domestic goddess at heart, but I swear as soon as I settled in, I was looking forward to cooking and cleaning more than I could have imagine