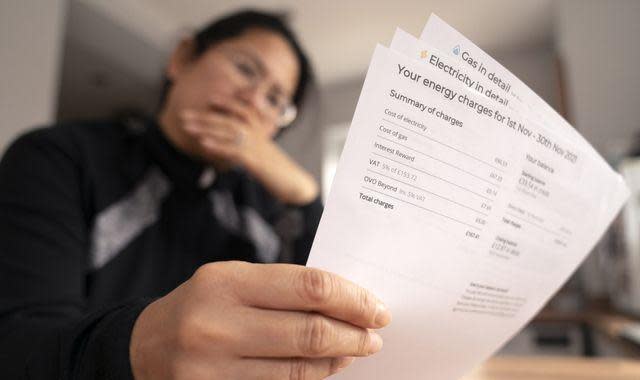 DiscountVouchers.co.uk, the money saving website is responsible for the survey, in which 1,000 people in the UK answered questions regarding their finances. Money worries are true for 57% of people in regards to Christmas; 46% struggle to pay their food shopping bill; 27% have trouble finding the cash for their child’s activities or school costs; 40% worry about paying their mortgage or rent; and 48% have their energy bills as a worry.

People are having to make serious decisions in life, due to these money worries, such as 27% are putting off buying a new house; 20% won’t change jobs; 13% aren’t getting married and 14% of people in the UK are putting off having children.

This year, 10% of people have taken out payday loans or short term loans to bridge the gap, in terms of cash flow. Brits are worried about job security too, with 45% are panicked about losing their job or their partner’s job.

“2019 seems to be even tougher for us Brits compared to 2022. That is shown by 83% of people have up to £500 less to spend each month than they did last year. With January’s VAT increase, energy and fuel costs rising, now is the best time to start saving money and looking out for where you spend it”, said Simon Terry of DiscountVouchers.co.uk.

“Using price comparison sites, haggling on prices, money off vouchers and being accountable for money management are the best ways of saving money”, he added.

People in the UK said they (82%) were stopping going out to restaurants or drinking in pubs; 67% cut their food shopping bills down; 69% said they cut their holiday expenditure down and 16% reduced their car insurance bill down.

16% also cut their home insurance bill; 13% reduced their expenditure on their kid’s activities or school costs; 70% reduced their clothing bill; and mobile phone usage was reduced by 36% of people.

Only 0.5% of respondents said they didn’t try to save money; 27% of people had tried haggling on prices; 72% of people used cheaper shops; 82% of people checked comparison websites for the best prices; and 86% of people saved cash by using money saving vouchers.

By trying to raise extra capital, 56& of people had committed to selling items on the online auction site eBay or at car boot sales; 20% of people had started working two jobs; 2% of people decided to take part in clinical trials; 7% were making food to sell and making clothes to sell; and just 3% said they were renting a room out to a lodger.