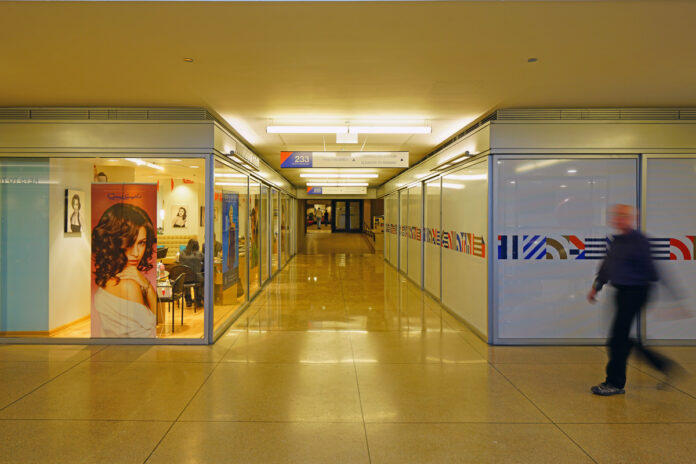 For those that reside in Chicago or plan on visiting the downtown area soon, Concierge Preferred wants to let people in on a little known secret that will make getting around the city much more bearable during the frigid winter months. Used by tens of thousands of pedestrians each day, Chicago’s underground Pedway System consists of miles of underground tunnels that connect a number of skyscrapers, city buildings, train stops, hotels, and retail shops. It is the ideal way to travel around town in order to avoid the harsh conditions of winter in Chicago.

The Pedway System was originally designed back in 1951 as a connecting route for the Red Line and Blue Line subways at Washington Street and Jackson Boulevard. Over the years, public and private investments have allowed for an expansion of the system. There are now roughly five miles of underground tunnels and overhead bridges that network throughout Chicago’s downtown area. It is a safe, quick, and convenient means of travel for pedestrians, especially during rain, high winds, or snow. It also reduces the conflict between pedestrians and vehicles, resulting in better traffic flow and fewer collisions.

The tunnels of the Pedway are more like an underground city rather that just a means of convenient travel. In Chicago’s Loop, beneath Dearborn Street, passing through the Blue Line entrance and Daley Center concourse is Block 37. Here, one will find an impressive selection of food and retail options, including Beard Papa’s, the tasty Asian Fusion restaurant, Simply Thalia, Sephora, the Disney Store, Anthropologie, Steve Madden, and more. Other areas of the tunnel system house access to a variety of other businesses like Dunkin Donuts, nail salons, Macy’s, the Chicago Cultural Center, and of course, a Starbucks or two. Visit the City of Chicago website for complete route information.

Residents who get the chance can explore the Chicago Pedway in their spare time on their own or take a guided tour. Those that will be visiting Chicago can visit Concierge Preferred online to find out about all of the great things to do throughout the city, from Chicago’s most popular tourist attraction, Navy Pier, to museums, the best restaurants, and popular entertainment venues, Concierge Preferred is your #1 resource for all things to do in the great city of Chicago.