How To Travel From Kuala Lumpur To Borneo You Should Know 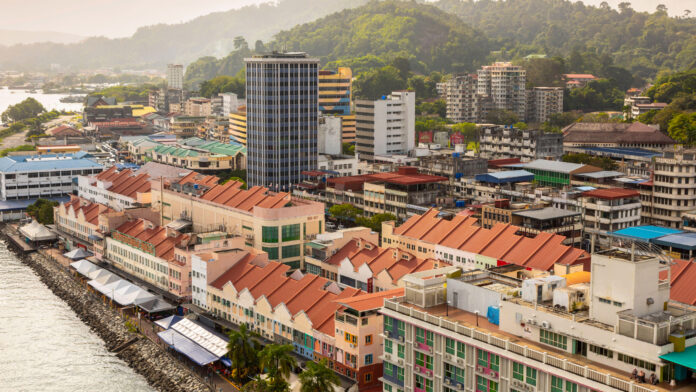 With just a day to spend in Kuala Lumpur, we did what KL is known for and headed to the mall. Yes, I know I should probably have spent the day looking at historical sites and indulging in the culture, but I couldn’t be bothered. A nice air-conditioned mall, complete with all the American and European stores seemed more up my alley. Don’t worry though, true to myself and hating shopping, in the 6 hours we spent there, I only managed to make two purchases a new bathing suit and chocolate.

The malls are centrally located at the base of the two largest buildings in KL, so we managed to snap a few pictures of the skyline. Although I failed to find the postcard view I so desperately wanted to seek out, with the reflection of the towers over the water… I guess that will just have to wait until next time.

Twenty-four hours later, and we were heading to the airport, which is a ridiculous 75K outside of the city. Therefore a three hour bus ride later, and we were on our way to the island of Borneo. It’s funny how travel plans just seem to evolve. Borneo was never on my list of must sees, but quickly made itself a new destination on my trip, when the two girls I was traveling with and I decided all the ‘cool’ stuff in Malaysia was on this island.

We arrived in the biggest city on the east side of the island, Kota Kinabalu. Besides the beautiful view of the ocean, there isn’t much to do in the city, so we headed down to Sandakan, in order to do a three day two night jungle trip.

While the tour itself was like being herded like mass cattle around on a series of walks, boat rides, and trekking adventures, they were able to deliver what they promised, animals, lots and lots of wild animals. To be honest, I wasn’t expecting to see much, when you are walking with 19 of your newly found friends through the jungle. I would expect any animal in its right mind to quickly disappear into the jungle. However, we did manage to see an astounding number of local animals including wild elephants, orangutans, turtles, several species of monkeys, crocodiles, king fishers, frogs, spiders and well leeches of course. It was probably one of the highlights of my entire trips to see the animals in their natural habitat. However, after combined 4 days of waking up before the sunrise, I was ready to let the animals see the crack of dawn without me.